Totems played an important role in the early religious history of North America, as well as Asia, Australia, and Europe. A totem represents a natural or mythical animal to which a person feels a spiritual connection. The term is particularly appropriate to this composition, as the forms emerged almost spontaneously after a few very small adjustments to the stone. 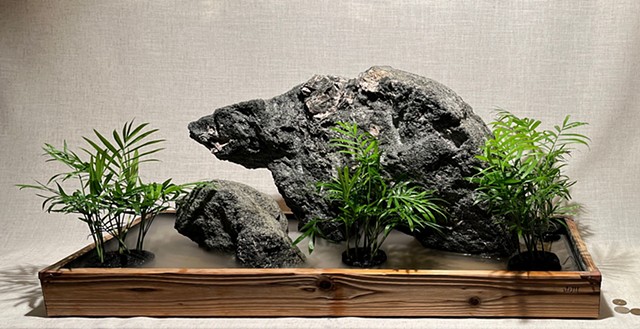