The Yulong River in southern China empties into China’s largest river, the Yangtze. Towns along the river began as fishing villages as early as the Tang dynasty (618-907). For generations, fishermen used trained cormorants perched on bamboo rafts, such as that near the hut in this scene. The modified Korean tray, a casting of 85% mica and graphite, was hand burnished, but otherwise unfinished.

The iconic forests, villages, and steep karst limestone mountains along the Yulong River have been featured in Chinese landscape painting, and even on the country’s paper money. 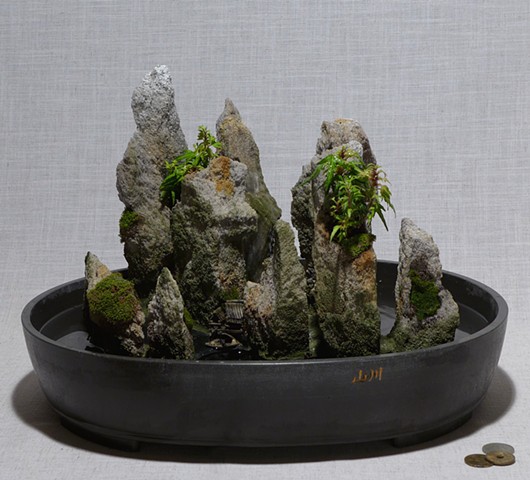