The Arasaki coast is about 80 miles south of Tokyo on Japan’s main island of Honshu. The coastline was formed tens of millions of years ago by sediments of sand and mud, frequently interrupted by fallout from early volcanoes that existed prior to the birth of Mt. Fuji. As this volcanic group shifted, the sediment beds at Arasaki were pushed up and tilted to about 70 degrees to form a new shoreline. As the Pacific waves have worn away the softer sandstone and mudstone, ridges of harder rock have emerged to create Arasaki’s dramatic geological landscape.

The feather rock selected for this composition naturally reflects the geological history of the Arasaki coast. The effect was intensified by mechanically removing some of the softer layers of rock.

The Korean tray, a casting of 85% mica and graphite, was hand burnished and waxed. 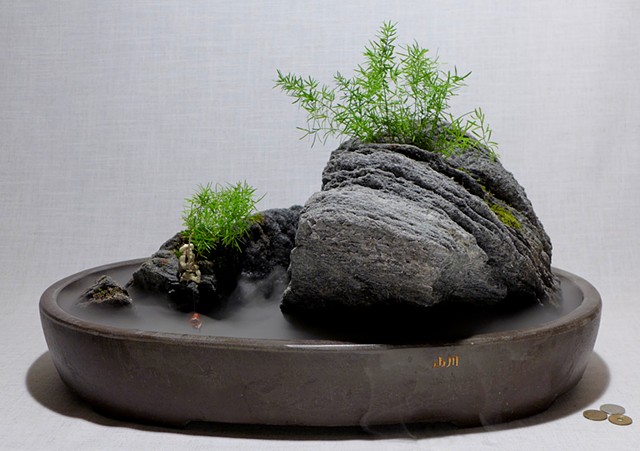