Marettimo is one of the Aegadian Islands in the Mediterranean Sea west of Sicily. The island's high, steep cliffs and many caves carved into the island's rocky coast make it an attraction for tourists, divers, and fishermen. This composition was inspired by Marettimo’s Scoglio del Cammello (“Camel Rock”), a popular location for divers.

The tray was formed of reclaimed Corian remnants. Along the lip of the tray are the Chinese characters “shan" and "chuan" (“mountains and streams”). 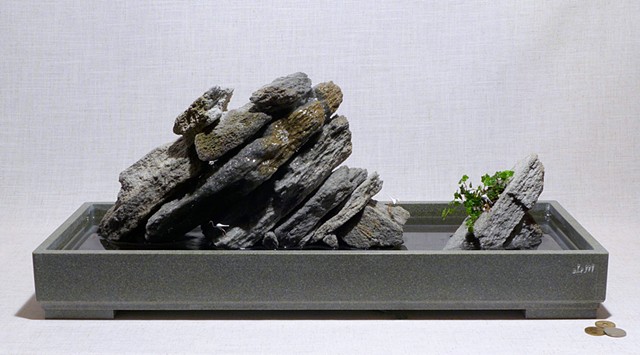