This composition was created by separating a large feather rock boulder to reveal its unique grain patterns. The natural shapes of the resulting pieces were untouched, except to flatten their bases and position them to create this imaginary scene.

A waterfall tumbles down the face of the tallest mountain island as mist roils up from below. A narrow chasm separating the two largest mountains makes them appear to be wrestling for dominance. Accustomed to this endless struggle, a solitary boatman has just cast off from his hut perched on stilts above the lagoon. 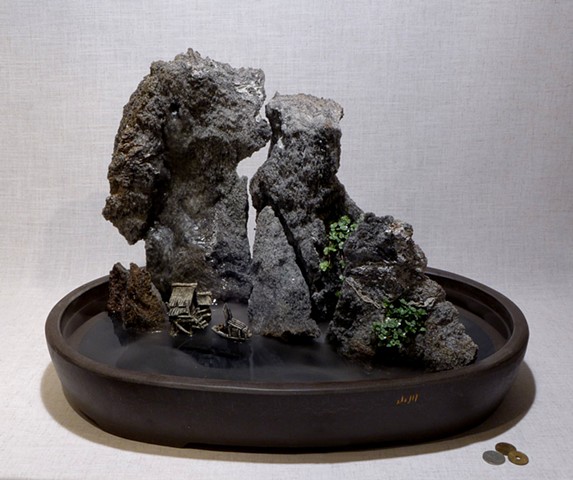