This composition was inspired by a spectacular volcanic rock formation on the southern coast of Jeju Island off South Korea known as the Jusangjeolli Cliffs. The cliffs were created between 250,000 and 140,000 years ago, when Hallasan Mountain was still an active volcano. Molten lava flowed to the ocean, then cracked, fractured, and contracted into almost perfect hexagonal columns.

A waterfall tumbles from the highest column into a crevasse flanked by columns covered with foliage as a fisherman ties up at a nearly rock, a reflection of the role of fishing in the culture of Jeju Island. 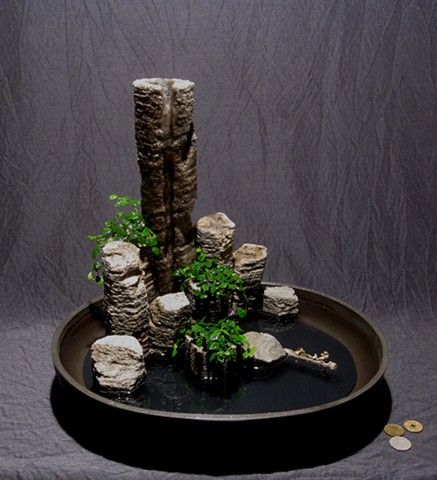