This composition was inspired by the basalt columns of Litlanesfoss, one of Iceland’s most scenic waterfalls. Litlanesfoss was created millions of years ago by a lava flow which diverted rivers. As the rivers returned, they cooled the lava from the top downward. Stresses inside the stone as it cooled caused it to crack into segments of 5-7 facets. As slower cooling continued from the base of the flow, the cracks extended downward, creating a closely-packed colonnade.

A waterfall tumbles from the highest column into a crevasse as mist rises from its base. Several small gatherings of puffins can be seen on the lowest columns close to the water. 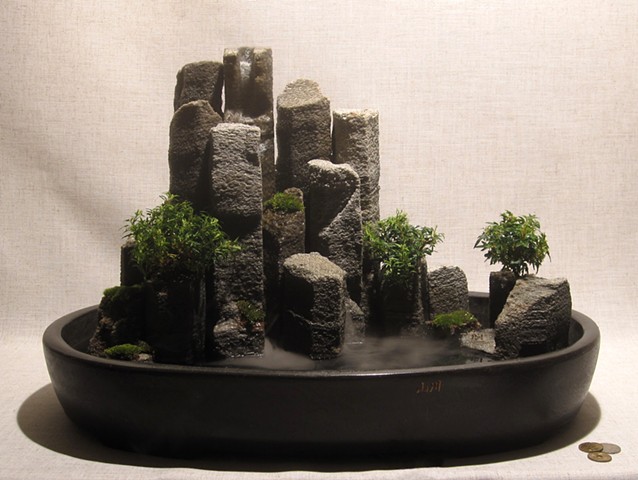