In the language of the Inuit people, “aujak” is the brief Arctic season that southerners call "summer"*. As in other parts of the planet, climate change is redefining aujak and the lives of local animals, such as thick-billed murres portrayed in this composition.

The Korean tray, a casting of 85% mica and graphite, was hand burnished but otherwise unfinished. 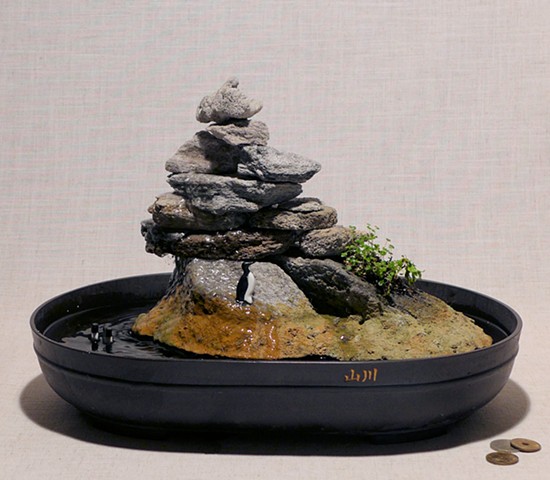