“Inuksuit” are ancient stone landmarks placed by the Tuniit, Thule, and Inuit peoples* throughout the Arctic as reference points or markers. During the brief arctic summer, tiny plants emerge on the rocky landscape around the sculptures erected there, as depicted in this composition. 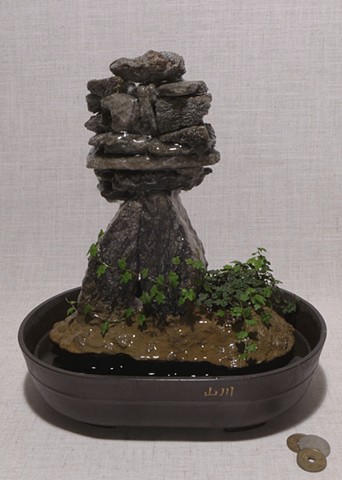