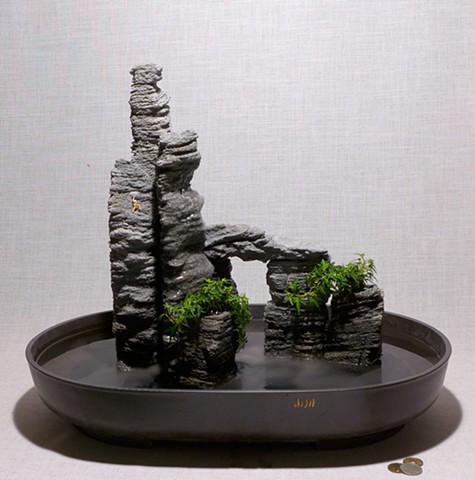 Like many other dramatic rock formations of the world, the geologic history of the northwestern Czech Republic known as Bohemian Switzerland began millions of years ago with the buildup of sandstone layers on the bottom of an ocean. After the waters receded, a landscape of rock towers, walls, and gorges began to emerge and evolve.

Today Bohemian Switzerland National Park is a popular destination for tourists, hikers, and rock climbers. Among the most distinctive landmarks of the park is Pravcice Gate, the largest sandstone arch in Europe.

The modified Korean mica tray is hand-burnished. The markings along the right edge are the Chinese characters for “shan” (mountains) and “chuan” (streams).