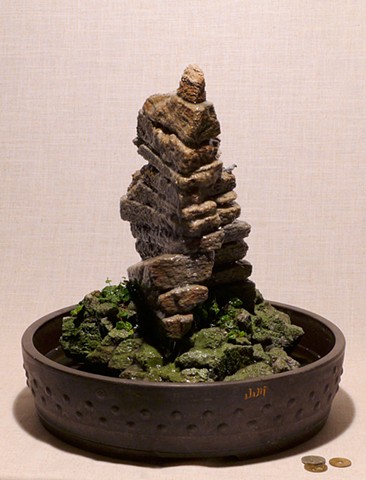 The Stiperstones National Nature Reserve is a distinctive ridge of quartzite in the county of Shropshire, England, formed some 480 million years ago. During the last Ice Age (more than 15,000 years ago), the ridge rose above the glaciers and was subject to constant freezing and thawing, which shattered the quartzite into a series of rugged, jagged outcrops of rock, such as Manstone Rock, which inspired this composition.

The Stiperstones Reserve is home to a great variety of wildlife, including the peregrine falcon, seen on its elevated perch on Manstone Rock.