"Inuksuit" are stone landmarks placed by the Tuniit, Thule, and Inuit peoples throughout the Arctic as reference points or markers*. Some inuksuit, called "niungvaliruluit", include an opening which, when aligned with another marker, provides a sightline toward an important location or object**, as modeled in this composition. The dwarf pilea near the base recalls the tiny plants and lichens that emerge in the microclimates surrounding these arctic stones as snows melt with the coming summer.

The tray was fabricated of Corian remnants reclaimed from a countertop fabricator. 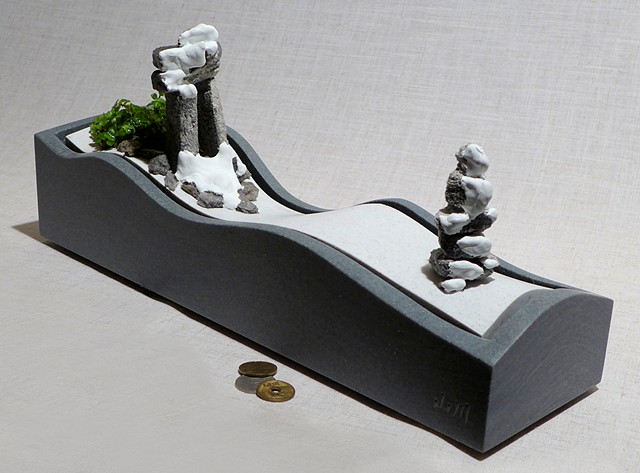