Because of its remote location and sparce population, little is known about Inuksuapik, a community situated on the northeastern coast of Canada’s Quebec province. However, a well-known and especially beautiful inuksuk stands alone on Inuksuapik’s rocky landscape overlooking Ungava Bay.

This composition is modeled after that lone sentry in Inuksuapik. The rushes growing in the shelter of the columns represent the lichens and groundcovers that emerge on the landscape during the arctic summer. 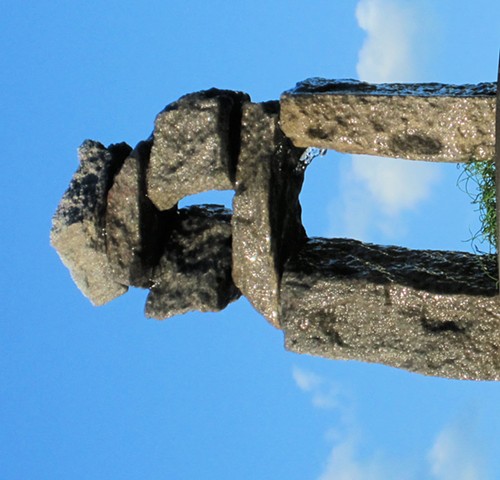