Bear’s Rock (Roccia dell’Orso) overlooks the coast of Sardinia and has been one of the island’s most important natural monuments since the 2nd century A.D. Today it’s also a popular spot for climbers.

The natural shapes of the limestone rocks in this composition evoke Bear’s Rock very effectively. Mined in Texas, this limestone was eroded by subterranean streams over thousands of years, in much the same way as similar formations found near Taihu Lake in China, which are among the most prized of Chinese “scholar’s rocks”. ** 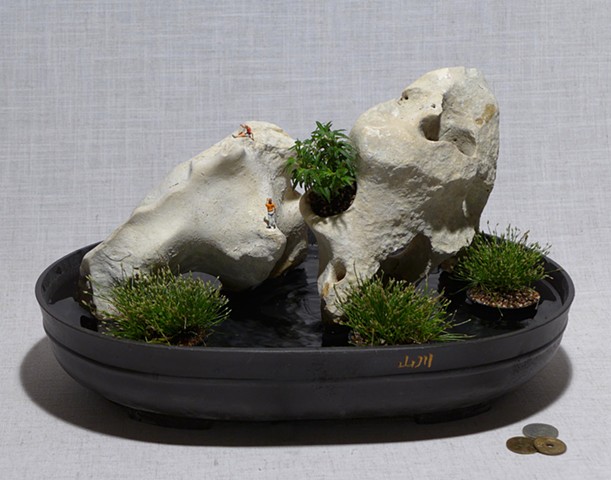