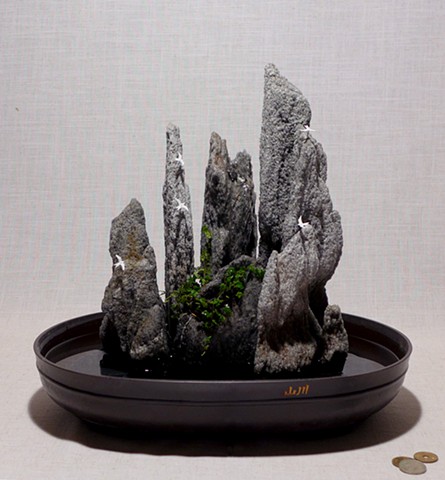 As an ancient ocean receded some 270 million years ago, the limestone seabed became a plateau. Earthquakes and acids in rain and soil continued to erode the limestone, resulting in a landscape of hundreds of karst spires up to 130 ft tall*. Today this 186-square-mile region, about 75 miles southwest of Kunming, China, is known as Shilin (“Stone Forest”). Each year, millions of visitors come to see the unique stone formations and surrounding lakes and ponds, such as Sword Peak Pond, depicted in this composition.