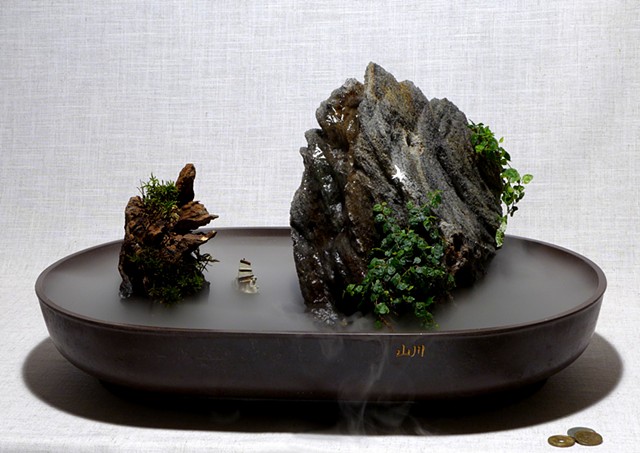 Ha Long Bay, on the northeastern coast of Vietnam, is a tropical evergreen and sea shore biosystem. The bay’s thousands of limestone karsts and islands have been formed over millions of years into dramatic shapes with countless caves, such as the ones modeled here. An ultrasonic mister inside the rock at the waterline simulates the morning fog that draws so many tourists to Ha Long Bay.

The mica tray is hand-burnished and waxed. The markings along the right edge are the Chinese characters for “shan” (mountains) and “chuan” (streams).