Among the Inuit people of the arctic, “Innunguait” are objects in the likeness of a human. Stone innunguait have been erected by the Inuit since ancient times to serve as landmarks, commemorate a cherished person, or even frighten enemies.*

During the brief arctic summer, tiny plants emerge in the microclimates surrounding these monuments, as suggested in this composition. 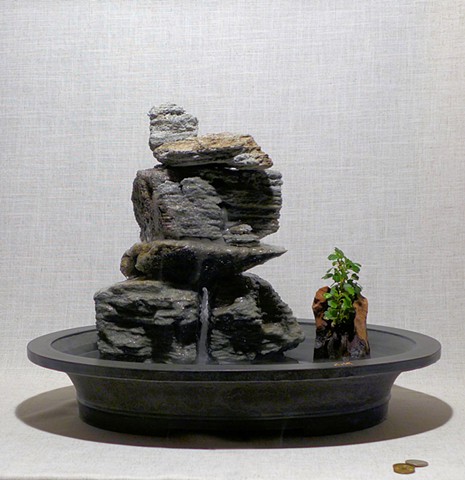