“Inuksuit” (plural of inuksuk) are stone landmarks built by the Tuniit, Thule, and Inuit peoples throughout the Arctic as reference points or markers*. This composition is modeled after a solitary inuksuk at a revered site near Saatturittuq, on southwest Baffin Island, the largest of Canada’s islands.**

The centaurium and mosses at the base of the inuksuk reflect the tiny plants that sometimes emerge in the microclimates surrounding these landmarks as the weather warms.

The Korean tray, a casting of 85% mica and graphite, is hand burnished but otherwise unfinished. 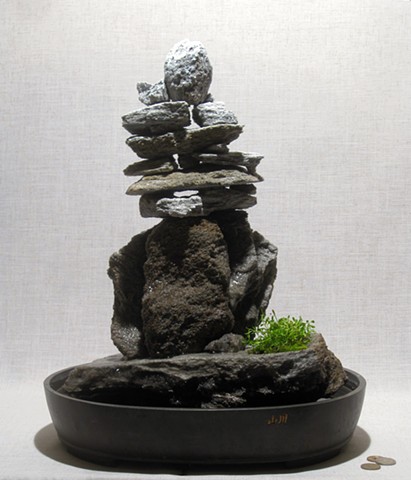