Ha Long Bay, on the northeastern coast of Vietnam, is a tropical evergreen and sea shore biosystem. Erosion near the waterline, typical of the bay’s thousands of monolithic islands, is caused by algae in the limestone. Several of the islands are hollow, with enormous caves.

In this imaginary scene, a lone fishing boat sails toward the island group, dominated by the cave in the main island. An ultrasonic mister inside the cave simulates the morning fog that draws so many tourists to Ha Long Bay.

The Korean tray, a casting of 85% mica and graphite, was hand-rubbed and waxed, but otherwise left unfinished. At the right corner of the tray are the Chinese characters for “shan” (mountains) and “chuan” (streams). 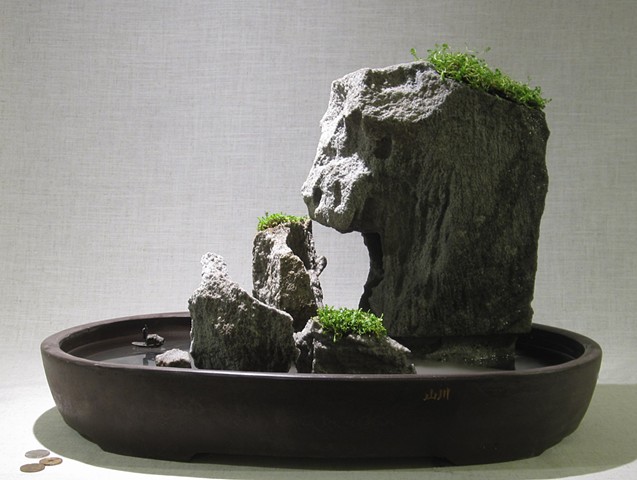