The ancient Inuit people believed that shamans would pass into the spirit world through a stone doorway they called “tupqujaq”.* This composition is modeled on a tupqujaq on Canada’s Baffin Island.

The dwarf violets and leptinella are reflective of the tiny plants and lichens that emerge in the microclimates surrounding these ancient sculptures during the short arctic summer. *Hallendy, Norman (2009). Tukiliit: The Stone People Who Live in the Wind. Fairbanks: University of Alaska Press. p. 41. 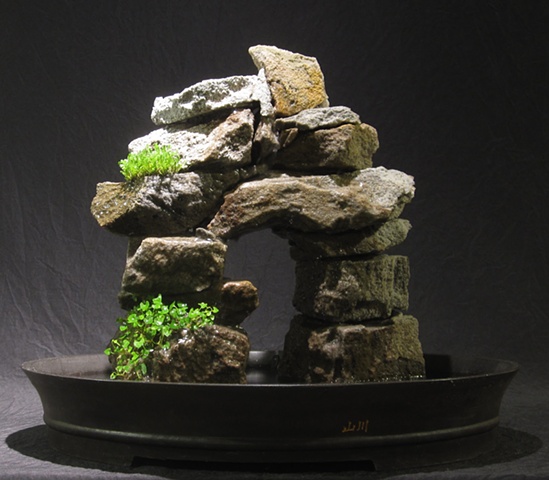