Totems played an important role in the early religious history of Asia, Australia, and Europe, as well as North America. A totem represents a natural or mythical animal to whom a person feels a spiritual connection.

This composition evolved from an experiment in joining fragments of feather rock from previous works. The first result was the smaller of the two islands in this composition. As this piece was refined, the rough image of a crouching bear began to emerge. Using the same technique to form the larger island, another common animal totem form began to evolve, hence the composition’s title. 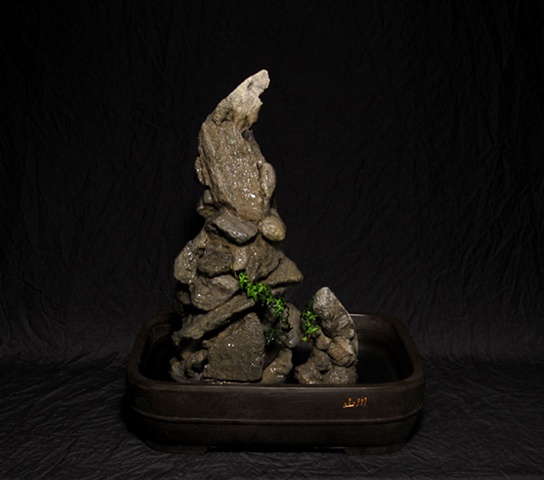