In this imaginary island composition, pieces of a large feather rock were fitted to form a rugged cairn. A waterfall from the peak echoes through the crevices and cascades into the lagoon below. An egret takes flight from a high ledge while two others look on from a lower cliff and the nearby weathered tree stump.

The Korean tray, a casting of 85% mica and graphite, was hand burnished but otherwise unfinished. Below the lip of the tray are the Chinese characters “shan" and "chuan" (mountains and streams). 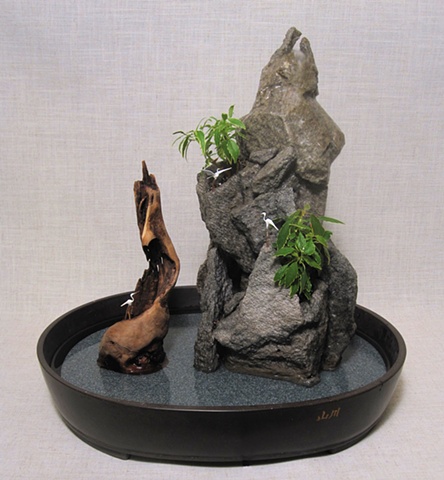