Ha Long Bay, on the northeastern coast of Vietnam, is a tropical evergreen and sea shore biosystem. The bay’s thousands of limestone karsts and islands have been formed over millions of years into dramatic shapes, such as the one modeled here.

The waterfall in this sculpture is deep inside a chasm down the left of the island, fed by a pump hidden inside the rock. Additional channels drilled within the rock add smaller falls along the right side of the island. An ultrasonic mister inside the rock at the waterline simulates the morning fog that draws so many tourists to Vietnam's Ha Long Bay. 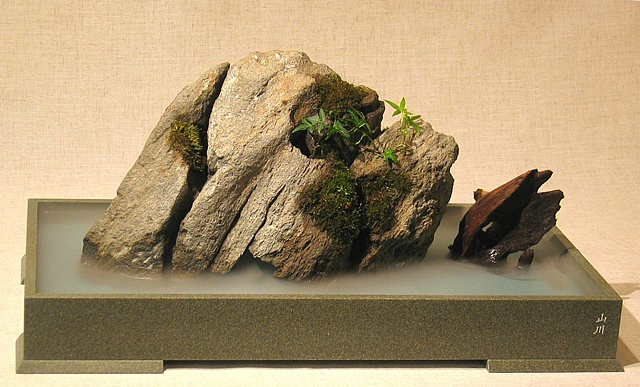